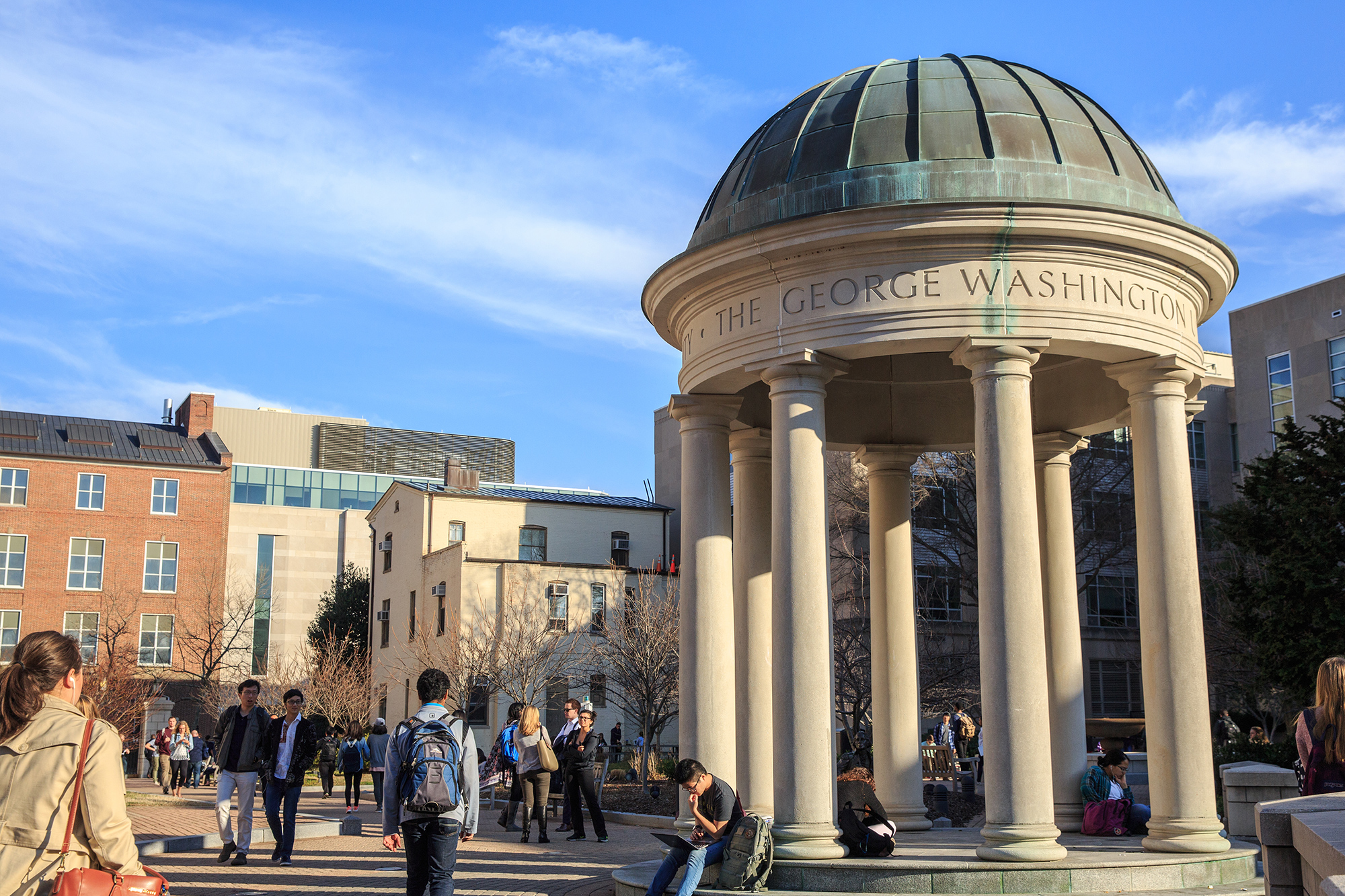 Dates for the 1st JUSLP

In view of the easing of international travel restrictions, and in consultation with the Elliott School of International Affairs at the George Washington University, the organizers plan to run the ina...

JUSLP organizers are committed to rescheduling the program as soon as global public health conditions and travel restrictions permit in Japan and the United States. We hope to conduct the inaugural ...

JUSLP organizers are committed to rescheduling the program as soon as public health conditions and travel regulations permit in Japan and the United States. We hope to be able to send the initial ...

Following the pandemic-related postponement of the 1st Japan-U.S Leadership Program (JUSLP), JUSLP kicked off with a two-part online seminar series on the U.S. elections. Professors at George Washin...

The Japan-U.S. Leadership Program (JUSLP) of the Elliott School of International Affairs at the George Washington University was established in 2020, the 60th anniversary of the Treaty of Mutual Cooperation and Security between the United States and Japan, to strengthen bilateral relations between the two countries.

This intensive one-week executive training program for a select group of Japan’s next generation of political and media leaders will deepen their understanding of bilateral relations and global affairs, and allow them to establish networks with American experts. The goal is to promote dialogue, mutual understanding,and trust between the two countries.

In recent years, the number of Japanese students studying abroad has declined. Japanese corporations and government ministries have also reduced funding for overseas training for their employees. These trends portend future disconnects between the two countries. In recent summit meetings, the U.S. President and Japanese Prime Minister have issued joint statements calling for increased academic and professional exchanges to ensure the health and vitality of the bilateral relationship in the future.

JUSLP, supported by a unique partnership spanning the public, private, and academic sectors, aims to ensure that the next generation of Japanese leaders develops first-hand understanding of U.S. politics, economics, and society. The goal is to equip participants to engage U.S. counterparts in a variety of fields, and to impart skills that will help them succeed both in Japan and on the global stage.

Following orientation in Tokyo, JUSLP participants travel to the Elliott School of International Affairs at the George Washington University, located in the heart of Washington, D.C. The Elliott School is one of the top-ranked international relations schools in the world. There, participants take part in seminars led by top faculty and thought leaders from the government and private sectors. They will also visit leading institutions in the nation’s capital and enjoy social events to meet political and diplomatic experts.

Participants will then travel to Grand Rapids, Michigan, a mid-sized city that is considered a national model of strategic and sustainable economic revitalization. They will meet with leaders from local government, corporations, and non-governmental organizations to study how policy decisions impact the everyday life of American citizens.

JUSLP provides participants a full scholarship covering tuition, travel, accommodations, and most meals while in the United States. The one-week program includes:

Program organizers will conduct a variety of events for participants after their return to Japan in order to deepen personal and professional connections and facilitate continuing contributions to Japan-U.S. relations. Examples include:

JUSLP is designed for rising leaders in Japanese politics, media/journalism, and associated fields. Applicants apply via an on-line application found on the program website at www.juslp.com.

There is no strict age limit, but candidates in the early to middle portions of their career are preferred. The program welcomes applicants from all prefectures of Japan, and seeks gender balance in its delegations. Participants are selected through a competitive process that considers both their accomplishments to date and their potential to play a significant future role in the Japan-U.S. relationship and in Japan’s public debate and policy choices across a range of issues.

A selection committee made up of representatives of program sponsors and the George Washington University chooses participants. The number of participants in each delegation is kept small to ensure a personalized experience.